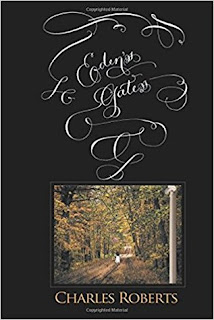 Lavinia Williamson, raised in an Abolitionist family, marries a Virginia plantation owner who owns slaves.  For the most part, the slaves are treated well who work in the house, but those who work in the fields suffer from the harsh work and the treatment of overseers.  Lavinia thus becomes a careful slave runner, helping slaves to escape to the North.  But this is an extremely dangerous enterprise for the cost of escape is huge and death is the likely outcome of being captured.

Lavinia and her husband have lost a daughter to death, and their marriage has become shattered, aggravated by Lionel’s affairs with other women and the slave women.  Now, she discovers Henny, a young slave, whose eyes are a perfect replica of her dead daughter’s eyes and Lavinia knows that Lionel has fathered her.  When looking at Henny, Lavinia knows she can find peace and some comfort in raising this young girl as her own daughter. But the cost of doing this is more estrangement from Lionel.

This then is the essence of this novel which focuses not only on raising Henny to read and write and be a cultured lady but the tension of more slaves escaping and Lavinia’s part in their freedom through the Underground Railroad (as it was then called, a journey from house to house all the way to the North of America).  It covers the effects of one woman’s arrest after aiding over two hundred slaves to escape.

Many of the scenes in between these highlights allow the reader to observe the Southern belle mentality that often sets the standards of behavior but also exposes the hypocrisy and unchristian behavior toward those who believed in the equality of all men and women despite color.

Eden’s Gates is an intriguing, engaging read reflective of a time in American history when animosity and division failed to stop the Abolition movement from effectively growing and freeing thousands of slaves.  Commendable and highly recommended historical fiction!

Posted by Viviane Crystal at 4:40 PM