Somebody I Used to Know by David Bell 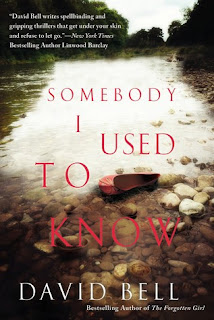 Nick Hansen has a satisfying job as a housing authority caseworker. He’s happiest when the system is just and angry when it fails.  Then one day when he’s in a supermarket to pick up some items for home cooking, he sees a young woman who looks just like his dead girlfriend, that is the one who died twenty years ago!  Stunned, he waits but then confronts the girl and asks her if she’s related to someone he knows.  She drops everything she was holding and runs away as fast as she can.  From that moment until the very last page the reader is gripped with a phenomenal story that slowly evolves with revelations coming from several women initially involved in the unbelievably complex story.

What would you do if your child committed a crime that would mean a future composed of a jail sentence and a reputable job that would never happen?  And what would you do if someone was responsible for the death of your child?  How long would your anger and desire for revenge continue?  Would you pass on that rage until your family had the same determination for vigilante justice?  These questions arise and force the reader to consider his or her own answers.  Yet the reality is so much worse than what one can imagine and what Nick has been thinking and feeling for years is so far from the truth that he will be increasingly blindsided with the truth!

Somebody I Used to Know is fine criminal fiction that is all too credible to any reader who watches or listens to the news on a daily basis.  It’s a novel about the terrible consequences made with quickly made choices and decisions that change the lives of those intimately involved but also those who knew snippets of each part of the story.  Wonderful novel, David Bell – stunning story that will keep reader’s up at night until the end of the story. Highly recommended!

Posted by Viviane Crystal at 12:16 PM No comments: 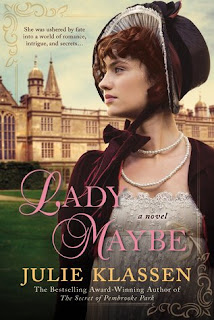 Marianna and her husband, Sir John, are moving because of Marianna’s infidelity.  So he is a very, very angry man but is determined to save his marriage by removing her from temptation.  Marianna’s only comfort is that her former companion or servant agrees to travel with them.  Chaos erupts, however, when they are in a terrible accident where their carriage turns over and over off a road.

The next thing we know is that Hannah awakens in a strange bed, learns that Sir John has been seriously injured and is lying unconscious in the same house and Marianna is assumed to have drowned in the water near where they fell.  At first Hannah doesn’t remember much and is uncomfortable with the delicate and caring attention she is getting from the doctor and other servants in what is obviously Sir John’s home.

This then is the story of a woman who at first allows everyone to think she is Marianna and that Hannah died.  But Hannah’s vague memories of a baby compel her to escape from this false identity she has assumed through her silence.  How this novel evolves is stunning!

A solicitor (lawyer) is highly suspicious of Hannah and even challenges Sir John multiple times, in literal and legal ways.  Another woman, a former lover, someone who abducts children for financial gain, and so many other characters appear and turn the basic story upside down in a delightful way.  It’s a mystery as well as a romance story that keeps the reader wanting to know more about these so-called members of the aristocracy and those beneath them.

Julie Klassen knows her time period as well and has given a Gothic and historic romance to readers who will be more than pleased at this story that reads like a true classic Regency novel.  Finely written, Julie Klassen!

Posted by Viviane Crystal at 11:45 AM No comments: