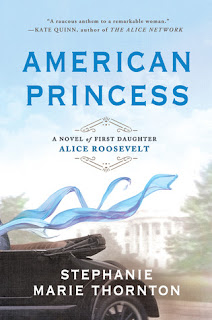 Alice Roosevelt, the first daughter of President Teddy Roosevelt, describes her story as a “precious lifetime of memories, mistakes, and triumphs…valiantly and strenuously lived.” Alice’s words are an apt description for this vivacious, saucy, iconoclastic, intelligent, and romantic woman who became as famous as her father.

Alice’s childhood was probably what we called normal but was filled with sadness as her biological mother had died a few days after her birth and the Roosevelt family were not known for expressing effusive feelings.  All Alice wanted was her father and stepmother’s love and approval which never seemed to appear.  Later, Alice would realize why.

Teddy Roosevelt again appears as a man who loved living life on the edge (like his daughter) and never sat still.  Thoroughly entrenched in the domestic and foreign policies and strategies of his time, he obtains the love of Americans and becomes their President, taking up their causes and justice with fierce energy and determination.  Alice, however, felt “provincial” and even compares herself to her cousin, Eleanor; a sense of rivalry between the cousins lasts for years.  Eleanor is depicted not only as a social justice reformer but also as someone whose political actions had irrevocably negative results.  Every page take the reader through the notable moments of American history, including Alice’s role in facilitating a peace treat between Russia and Japan, coping with WWI, the Depression, WWII and the highlights ranging up to 1970.

In her teens and twenties, Alice relishes breaking rules and appalling proper society with her friends Cissy and Maggie, also known as the “Three Graces” but whom Alice called the “Three Hoydens.”  A trip overseas to Asia becomes one of the most memorable events of her life, including a remarkable audience with Chinese Empress Dowager Cixi, who gave Alice her beloved dog, Manchu.  Her relationship with husband Nick Longthorne is deftly presented with its ups and downs, no small wonder when one realizes what kind of family Nick married into. Later, secret romances seem to rule their lives, but pain will eventually make this dynamic couple realize that consequences are not necessarily short-term.

American Princess… is superb, exciting, and skillfully crafted historical fiction that will remain one of the most comprehensive fictional biographies of the Roosevelt family.

This reviewer was delighted to meet Alice and will never forget her unique, delightful story.  Enjoy a fabulous read!

Posted by Viviane Crystal at 4:42 PM No comments: 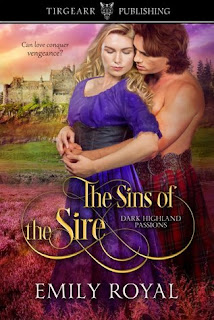 Elyssa De Montford is married to a violent beast!  He delights in fulfilling his lust and his enjoyment of hurting women.  His goal is to obey the rule of Longshanks or Edward I, to conquer the attacking Highlanders who are headed by William Wallace.  Elyssa meanwhile regrets and relishes the memory of freeing her family’s enemy, Tavish MacLean.  Though enemy, she could not ignore the physique and look that elicited lust that demanded to be satisfied!

Now Tavish MacLean has been captured again!  He agonizes on two memories, one that of his sister, Flora, who was raped and murdered by a Lord.  Tavish has promised revenge on that act which figuratively destroyed his family.  His other memory is of his enemy he describes as “an enemy on the field; my captor; torturer; the man who delivered me from death; my comrade in battle and finally my brother.”  Tavis was not destroyed by the latter as his captor used Tavish in battles “to the death” and made money from these conquests.

Later in the tale, Tavish will capture Elyssa.  His task is to punish her family by impregnating her so that her family will be enraged by her carrying a Scottish bastard.  However, the passion between them literally and figuratively becomes unbearable.

No spoilers here but suffice to say that this is a story full of phenomenal passion and violence.  It seems these elements are the reason for being for all the characters.  Despite their best planning secrets will unfold that seem to rule the day but only a hero like Tavish can meet with determination and well-developed skills.  He’s every woman’s dream of Highlander lust!

Enjoy, fans of true romance fiction!  Emily Royal knows how to present and pace the sensual tension that cyclically flows!

Posted by Viviane Crystal at 3:29 AM No comments:

The Last Act: A Novel by Brad Parks 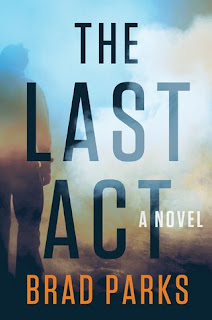 Tommy Jump is a relatively unknown actor out of acts, having nothing to look forward to and in low financial straits.  One of his friends invites him to consider what most would view as an unlikely scenario. It’s one that invites fine acting since it could otherwise wind up with the actor under attack or even dead.  With healthy skepticism, Tommy meets with Fed agents and hears a real proposal that raises Tommy’s hackles but also intrigues him.

Imagine Mitchell Dupree is a prisoner who has been convicted of four years’ worth of money laundering for a drug cartel, New Colima, led by a vicious criminal El Vio.  Mitchell still has not surrendered the information about documents in his possession that could lead to the arrest of the entire cartel and its head.  Tommy’s job would be to become a prisoner and ferret out where the missing documents are being hid.  The only thing the Feds don’t tell Tommy is that El Vio is trying, via a cartel Director of Security called Herrera,  are relentlessly trying as hard as FBI agents to discover this missing information.

Tommy would get $75,000 just for going in and a total of $150,000 when the job is finished.  This is an amazing opportunity especially as his fiancé Amanda is pregnant.  Tommy’s no fool and realizes how dangerous this act could be but really has no idea of just how much a life and death scenario this could quickly become!  Still, he says, “Yes.”

Entering prison under an assumed alias, Tommy spends quite a bit of time adapting to prison life and its resident prisoners.  For the most part, it’s a tedious lifestyle, with information about how to obtain whatever one wants by creating a money scam around “cans” or mackerel packets to purchase contraband.

Eventually Tommy meets the object of his search, Mitchell, and winds up becoming trusted and hearing a phenomenal, unexpected story behind his capture.  For a while, it’s hard to know who is legit and who’s a fraud.  Read the rest of the wild ride story to find out how it will or won’t be resolved.

Brad Parks is a pro at crafting a great plot, knowing when to push up the tension and clues and keeping the reader glued to the exciting pages once the challenges get hot and hotter.  This novel will make the reader read more Brad Parks novels.  Terrific read for lovers of the crime fiction genre!

Posted by Viviane Crystal at 3:23 AM No comments: