Treading on Dreams by Jeff Gardiner 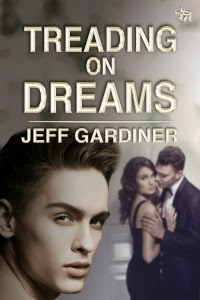 Danny is totally “gone over” his housemate Selena, who is engaged to a hyper-religious minister, Melvin.  It’s hard to believe but Melvin strikes Danny as the most perfect human specimen any woman would be glad to adore.  But the problem remains that Danny adores her more, more than he Melvin does – at least that’s what Danny thinks.

Jaz, Danny’s friend, has a reputation as a womanizer, and while Danny likes his friend, respect initially is not part of the picture.  Then Jaz introduces Danny to a wild world of drugs, booze and rock ‘n roll that Danny totally embraces and learns quickly to love.  Selena is trying hard to get Danny “saved,” but so far Danny feels if he can’t have her he surely doesn’t want her mercy or salvation.

The picture is about to dramatically change with the illness of a certain character which in turn will cause a dramatic change in Danny.  Sounds wonderful but it has its share of painful moments, a costly price for a different kind of salvation. At the same time, things are looking rather bleak for our perfect couple.  Where will it all end, with it seeming as if each character loves the wrong person, only to be left dealing with unrequited love.  The journey is intriguing and Jeff Gardiner depicts it with adept skill!
Treading on Dreams is an engaging, fast-paced story that defies prediction and yet has just enough intrigue and romance to totally thrill every reader!

One must battle perfection to grow up and deserve true love! Nicely done, indeed, Jeff Gardiner!

Posted by Viviane Crystal at 3:57 AM No comments:

Suspicion: A Novel by Joseph Finder 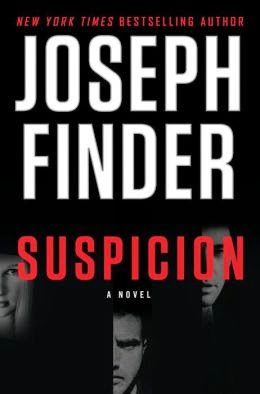 Danny Goodman is a well-known author who has penned a distinguished book about President John Fitzgerald Kennedy and is now way behind on finishing his next book about entrepreneur/railroad developer Jay Gould.  Now, his daughter Abby is about to be grossly embarrassed because her father can’t pay her tuition at the private Boston school, Lyman Academy.

Even more poignant is the fact that Abby has become the only friend of Jenna Galvin.  Jenna’s dad, Thomas, is super-rich; but because he’s not from an upper class family, the other students at Lyman won’t accept Jenna, except Abby.  For that reason Thomas Galvin reaches out and saves Danny from a heap of trouble with an incredible amount of money for tuition and beyond!  Danny is very uncomfortable with this so-called loan; it seems too good to be true and it is so, so costly!

A request comes for Danny’s expertise at history but it’s a request that will put the lives of Dannie, Lucy (his girlfriend) and Abby in mortal danger!  If Danny doesn’t cooperate, it’s highly probable that he’ll spend over thirty years in prison.  He’d like to believe he has a choice but he really doesn’t. Instead he will have to obey the instructions of DEA agents by planting surveillance devices, reporting significant messages, and taking photographs of men who are supposedly all tied into a Mexican drug cartel.  Think this is a spoiler summary – NOT – readers can’t imagine the surprising spins and turns this plot will take until one can’t tell who is really telling the truth and who is lying.

Add to plot an “angel of death,” some viciously brutal murders, a world of diminishing trust of each character for every other character, and some wild scenes where enemies attack, stories are twisted, and threats are carried out and you have a small picture of an amazingly thrilling novel that one just can’t put down, one that ends with a screeching bang followed by a mysterious self-imploding clue.  Stunning novel that clearly demonstrates the adept skills of a brilliant thriller author!  This would make one heck of a wild movie as well!