Someone Else's Love Story: A Novel by Joshilyn Jackson 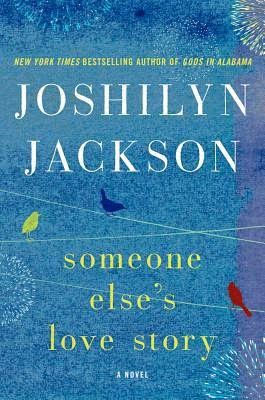 Shandi Pierce has her best friend, Walcott, tell her family and friends that she conceived her son, Natty, in a “virgin” birth.  The credibility of this claim stretches the reader’s curiosity but her story doesn’t change for a long, long time, four years to be exact.  Natty, it turns out, is a gifted child and so Shandi is taking him to live in Atlanta where he can attend a school for special children.  This gift comes from her father, long divorced from her mother, with the disapproval of Bethany, her father’s second wife, a snob always willing to fling barbs at Shandi.  Her Mom and Dad are always vying for Shandi’s preference but that’s not her way.  Now it’s time to begin a journey for her beloved Natty, who is her “everything!”

An incidental stop at the Circle K gas station turns into a horror and later a mercy.  For after Shandi is done ogling a sexy looking “Thor” figure, they all enter the store for some snacks and then a drugged-up guy enters with a gun, determined to hold up the cashier for whatever cash he can get.  The story of the captive victims in the store is riveting reading that amps up the adrenaline for the reader as well as the fearful prisoners.  Where it goes is so totally unexpected but evolves into Shandi facing her past and wanting to know the unknown about her son’s real father.

William is the hero of the day and yet he’s an enigma.  He’s a brilliant scientist and probably autistic (something like Asperger’s Syndrome, but never specifically identified).  He’s also suffering from a devastating, brutal loss that haunts his days and nights and has done so for the past year.  Later on his best friend, Paula, and Shandi clash like wildfire as each vies not only for William’s mind but also his heart, something that whirls through William’s brain but which he can’t resolve.

William, however, is the one who really “gets” what Shandi needs and the discovery of Natty’s genetic makeup leads not only to Natty’s father but a story within a story that is shockingly credible and intertwines with characters one would never imagine were involved.  The plot becomes complex but does reach clarity by the lovely but unexpected ending.

Someone Else’s Story is a thriller and a love story, but the latter includes many different types of love that force several characters to grow up fast and face the truth about the past, present and future!

Posted by Viviane Crystal at 5:54 PM No comments:

The Magician's Land: A Novel by Lev Grossman 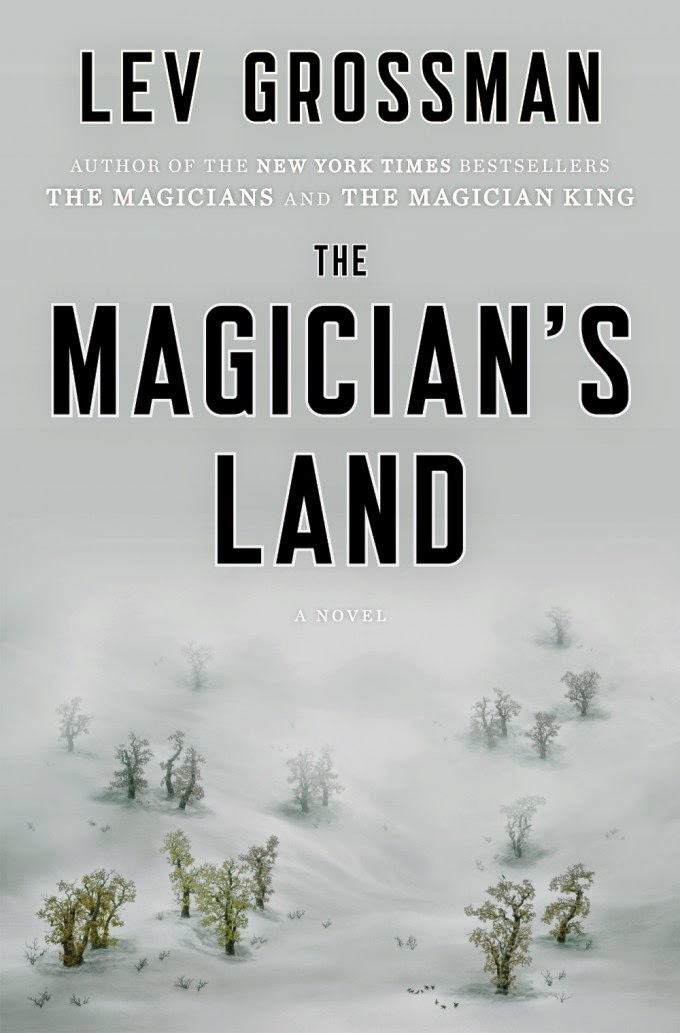 Lev Grossman’s background in comparative literature (Yale and Harvard) is obvious as The Magician’s Land… concludes a trilogy that seems like a spin-off of Harry Potter, Tolkien, mythology and more but with a more mature atmosphere.  Yes, the world of magic that our hero Quentin inhabits makes just about any imaginative idea come to life but it’s all got purpose attached to it that has a moral, philosophical and practical bend that makes it even more engaging to readers!

Quentin has committed some dastardly act for which he was ejected from the magical world of Fillory, an act in which he supposedly lost his one and only love who died during that awful time.  Since then, he’s been humbled to a large degree and is learning much about himself from reflecting on where he went wrong and who he really is.  He returns to his alma mater, Brakebills College, a renowned (and only) school for magic where he becomes a teacher of “mending small things.” For this it seems is his main gift as a magician.  He’s actually settling in quite nicely when his world again comes crashing down and he is fired from Brakebills.  Before long he receives an invitation that will dramatically change his life for the better – or perhaps worse, let the reader decide.

The invitation is verbalized by a black bird who, after weeding out the losers in the crowd, explains their quest is to find a old, shabby, but quality case that is locked with magic and possesses something very important although those seeking it don’t know what’s in it.  Quentin and Plum thus begin an absolutely phenomenal quest, in one way related to her family Chatwin’s past and Fillory, although they don’t know that when they start their journey. They also don’t realize that their search will go awry, leading them to a totally different quest of far larger significance.

Quentin and Plum’s adventures are mesmerizing as they include changing into animals, studying bonding construction of matter and energy, flying as dragons, engaging with demi-gods and gods (and not all benevolent), constructing labyrinths, meeting ghosts, and so much more than this brief synopsis could possibly cite but with one clear distinction of being a wonderful, wonderful read.  As a matter of fact, one might even want to read it several times as there are so many magnificent parts to relish!  Quentin believes that magic, ultimately, is to make the world a better place and treat each other accordingly – let the reader decide how he accomplishes that ideal!  Highly recommended and wow, what a film this would make!

Posted by Viviane Crystal at 5:13 PM No comments: 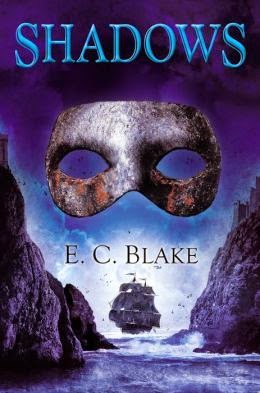 Mara Holdfast returns in the second novel by E. C. Blake to a frightening past and future.  In Masks, she failed on her Mask Day, causing death and having to flee the land where the evil Autarch rules tyrannically over every man, woman and child.  Her father, the official Mask-Maker, it seemed, had either not put enough magic in her mask or a bad combination of something; either way she seems very confused about that awful day!

Now she has been rescued by the group called the Unmasked who want her to create those same masks but she needs magic to do so.  There are only two sources of this magic, one lying in other people and the other back in her homeland where she cannot go without risking death.  For now every mask she makes crumbles upon being touched.  The only idea she has left is to sneak into her father’s home and get him to help her so she can create these masks for the people who have saved her life.

This goal is somewhat blocked with the appearance of a boatload of people, with only one survivor who claims to come from a far-away land.  He claims he is a leader of their Navy but will only tell the truth to the leader of the Unmasked Community.  Mara is attracted to him for sure while her male friends are constantly bickering over her lack of attention due to their insane jealousy.

To say more would be a spoiler – heaven forbid! However, it is to be noted that Mara has the power to take magic from other people but the exertion of that power could and does kill the ones from whom she takes the power.  Not a pretty talent to have; add to that that the more she uses this talent the more she wants do it again and again and again – addictive desire indeed!

Mara will meet several very painful disasters and learn so much about herself and other characters before she learns to modify her wants with a realistic motivation and even then will be continuously tempted!  Mara is clearly a flawed character but one for whom the reader winds up constantly rooting for!  The ending also suggests another sequel might be in the works – hopefully?

This is a work of even greater adventure than Blake’s first novel.  Adventure, battles, scenes of devastating power and ruthlessness, mistakes galore, kindness, compassion, love, and so much more fill these pages which will be sure to delight every fan of fantasy, science fiction, adventure, thrillers and mysteries!  Well done, indeed, E. C. Blake!

Posted by Viviane Crystal at 5:02 PM No comments: