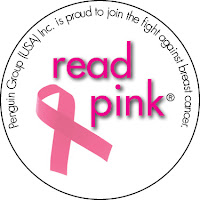 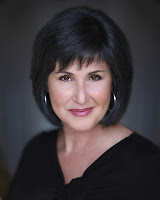 October 2012, New York Metro--Wendy Wax's TEN BEACH ROAD is part of the third year of Penguin Group USA’s Read Pink program with The Breast Cancer Research FoundationR , undertaken in support of Breast Cancer Awareness Month. In addition to a donation of $25,000 for ongoing research, the company is raising awareness of the search for a cure by featuring Read Pink and the fight against breast cancer on the covers of fourteen novels by prominent authors. The message is seen nationally via hundreds of thousands of books. For more information please visit the Read Pink site.

Wendy is reaching out to readers with the Read Pink message via her web site, e-mail, social media, and book blogs and sites. She's also hoping to spur conversation about the program by offering book clubs the opportunity to enter for a chance to win ten copies of the Read Pink edition of TEN BEACH ROAD for their group and a visit with Wendy at an upcoming meeting via Skype or by phone.

Commenting upon her participation in Read Pink, Wendy says "Breast cancer never touches just one life. It touches family and friends and even strangers, and its ripples extend through time regardless of the outcome. The amazing strides in treatment and the many who have overcome this disease are welcomed reasons for celebration, but we can't forget there is still no cure. I am proud to be part of Read Pink and the effort to raise awareness of the need to keep the research and the hope going strong. I'll be Reading Pink in October. I hope you'll join me."

Award-winning author Wendy Wax has written eight novels, including Ocean Beach, Ten Beach Road, Magnolia Wednesdays, the Romance Writers of America RITA Award finalist The Accidental Bestseller, and 7 Days and 7 Nights, which was honored with the Virginia Romance Writers Holt Medallion Award. Her work has sold internationally, been excerpted in Cosmopolitan magazine and been featured in publications such as USA Today and Women’s World.
A Florida native, Wendy lives in Atlanta.
www.authorwendywax.com ● facebook.com/AuthorWendyWax · @Wendy_Wax


Posted by Viviane Crystal at 5:03 PM No comments:

Karma - is usually defined as the fate one merits in a future life or present life based on one's good or bad behavior in the past.  But what if it were possible to change one's life in the present rather than waiting for a life after this one?  This is the premise of this nonfiction book by Gerald Sze.  Initially, the author discusses a person's basic mental, emotional, physical and spiritual make-up based on one's connection to society and culture.  In other words, we are what we have heard, seen, etc. that come to form a basic mental construct to which we act and react most of our lives. We are told that we have choices but those choices again are pre-programmed so to speak by our training from birth.

For example, there are secular and sacred laws created by government and Christian, Jewish, Moslem, Hindu religions as well as others not named here.  Buddhism, Chi, and Taoism are older constructs that have regained attention and practice but which are also programs that regulate one's life.  We say we are free but Mr. Sze proposes that we need to be free of even these acceptable standards and regulatory constructs.

In this generation we now live in a new and rapidly evolving construct known as technology, best understood by the massive use of computers and other devices on which people spend a majority of their time and effort.

New age spirituality and existentialism told everyone to get rid of all of the above and posed a new methodology or way of being in the world.  Gerald Sze now says there is a law of attraction and repulsion that is learned by connecting to the energies of people and the objects around us as well as in the entire universe. All relationships, events and ways of living in this mode can free each and every person to be the determiner of one's fate and learn how to relate to our living moments in a new way that is self-serving in only the positive aspects of that term.

This is a theoretical book that is very credible and possible, although few live this way "all" the time.  Another book should be written with practical exercises as the majority of readers will find the reading of this book more academic than do-able.  This text, in this reviewer's opinion, is also not for those who are looking for a light read as it is quite theoretical in a complex fashion.  It might work very well for a group to read and discuss bit by bit. But the premise is more than valuable and so is quite worthy in that sense.  More Mr. Sze in either exercises or places where readers could pursue the practice of changing to reincarnate now!
Posted by Viviane Crystal at 3:22 PM No comments: