The Lovely and the Lost by Jennifer Lynn Barnes 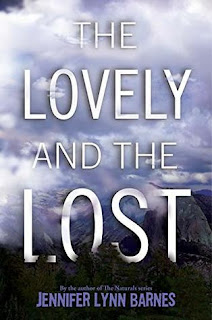 Search and rescue work is not for the faint of heart.  But what if one of the searchers has been herself lost and found from the wilderness with no memories of the past except those of fear and loneliness?  Kira Bennett was found by her foster mother, Cady Bennett, who continues carrying on search and rescue missions. Kira’s relationship to her foster parents and siblings is another aspect of this mystery since Kira was found unable to speak and petrified of human beings. Kira participates in their family searches because what else can she do, knowing the terrors of having to live in forests and surviving with skills learned for survival.

One of the delights of this story is getting to know the animals who are part of the search and rescue team, Silver, Saskia, NATO and Dutchess, lovely canines who are dedicated, relentless in finding their quarry, and loving friendliness.  They become part of Kira’s survival in their present search, when glimmers of her own memories threaten her ability to continue with the desperate search for a missing girl.  Their intuition matches her own, having lived in a feral state that bonds them into a natural unit pursing their mission.

Tracking is a careful skill that can be thrown by natural events, accidents and more.  While they continue their search, she meets Gabriel, the son of an abusive Sheriff. Gabriel’s brother is also one of the missing, which adds another twist to the story that keeps the river riveted to the mystery of this family.

Kira will discover aspects of her own past as the search for the mission is accomplished but with more problems than answers.  The Lovely and the Lost is a fine read, albeit sometimes confusing with a too large cast of characters.  Kira’s world seems realistic and mysterious which adds to the mysterious drama of each aspect of this account.  Nicely done, Jennifer Lynn Barnes!

Posted by Viviane Crystal at 6:09 PM No comments: 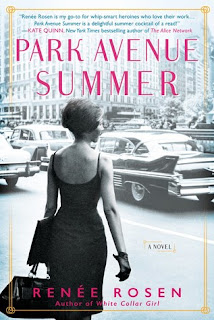 Alice Weiss fulfills her dream by leaving the Midwest to live in New York City.  She has few skills and only one connection, a friend of her mother, who connects Alice to become the secretary of the now legendary Helen Gurley Brown.  At the time of this novel’s account, the magazine Cosmopolitan is massively failing and Helen Gurley Brown is hired to revive it before it dies.  Connected to the Hearst family, Helen gets the job but is expected to fail.  However, no one realizes how vastly talented is this new Editor-in-Chief, no matter how crazy her ideas sound!

Gurley envisions a new post-WWII woman, a woman who can work, have ideas and has unspoken thoughts about sex and fashion that are shocking and elicit rejection from all men and quite a few women as well.  Imagine wondering, at that time in the 1960s, how one could improve one’s sex life, look sexier, stand out as powerful and capable women, and so much more.

Staff on the magazine are quitting by droves and there are those who leak to the public Gurley’s ideas which in one sense gets attention, both negative and positive.  Alice meanwhile learns the hard way not to trust fellow employees, both male and female.  Sex seems to be a tool but Alice is too much of a strong woman, although horrified and intimidated at first, to become part of the manipulative betrayals happening throughout the office.  She herself has apprentice-like skills as a photographer and meets Christopher, who mentors her and never goes beyond a professional and friendly stance, with a hint of something more looming in the future.

When the July issue finally emerges, it has rave sales but Gurley still has to fight to have her ideas for the future emerge unscathed by the Hearst family.

Park Avenue Summer is a delightful read, both for depicting the historical changes happening in a society wanting “more” in the personal and professional worlds.  Nice job, Renee Rosen!

Posted by Viviane Crystal at 6:05 AM No comments: