A Small Indiscretion: A Novel by Jan Ellison 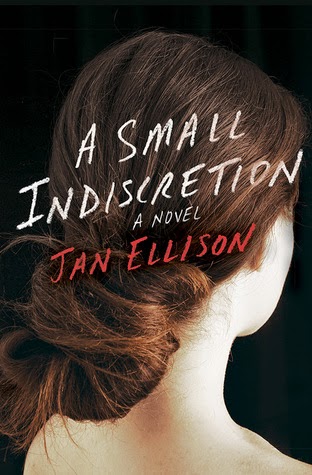 Annie Black is writing to her son who has just been seriously injured in a life-threatening car accident.  As the story unfolds we realize that her “confession” has changed her whole world.  She and her husband Jonathan have separated but are forced into close proximity with Robbie as they wait for his body to heal while he remains in a medically induced coma. And what happened to Emme, who was driving the car at the time of the accident but who has disappeared?

The story is told in letter form and fluctuates between the present in California and Annie’s past in her twenties while she was living in London.  There she falls into a relationship with her boss and then with her boss’s wife’s lover.  It’s a triangular love fest that is not only appreciated by all involved but which supposedly adds zest to the lovers’ trysts.  While the reader is struck with the incredulity of the whole situation, Jan Ellison manages to do more than pull it off as the tone remains almost removed, observing characters from afar and inserting a sense of almost surrealistic wonder that it is all evolving as it does!

Meanwhile, we are also watching Jonathan and Annie’s brief interactions.  They had a twenty year close, relaxed and deeply bonded relationship.  Now we see some occasional hints of closeness and wonder where it will all go. Does the “confession” mean twenty years of closeness is wiped out?

This is more than a coming of age story but is a story about realizing what one would keep as memories to do again and what was not worth wrecking a future?  More than that it really isn’t to be judged – it was what it was and is what it is in the present; that’s not loosely stated. It’s what the author is coming to realize as the story progresses; how her husband handles it comes late in the story although not as explicitly detailed. It also concerns imagining Annie’s role as a wife and mother in the present, with a poignant, almost searing, realization of what one takes so much for granted in the normal day-to-day patterns of life.

Whether or not one believes the exposed memories Annie divulges, there is a remarkable literary and frequently surrealistic quality to these letters that draws in the reader to keep turning the pages, wondering where this story is going – or not!


Nicely crafted, Jan Ellison!
Posted by Viviane Crystal at 6:44 AM No comments:

Lavina: A Novel by Mary Marcus 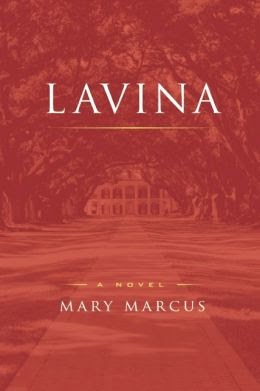 It takes a while to figure out who’s who in this richly nuanced novel depicting the civil rights struggle.  Mary Marcus is a believer in those who march for the cause because of the intimate relationship she had with Lavina, the black woman who cooked for the Marcus family.  Now Mary has returned to a father who is obviously terminally ill and a sister who is just downright mean.  Lavina’s son is the famous Billy Ray Davis, the harmonica player of musical legend, but his life is a sad outcome of the harsh divisions of the time.
Billy only feels connected to life when he’s making music or presenting it although his appeal has declined later on.  It may be the drugs that take over his life more frequently.  Later, he swears he’s clean but the wild yearning never goes away and the drugs were all that ever covered over the loneliness he has felt constantly.  Mary describes that sense so well without ever precisely naming it.

Now Mary has returned to watch her father die, a father she has hated for most of her life.  The care she always wanted has come too late and so it is bittersweet to say the least. Lavina remembers the years of black struggle, hated by the whites she served.  Yet there was always fear mixed with the ever-yearning dreams, hopes, aspirations for a different world. Yet in the middle of the mixed emotions, Lavina is the only one who has a realistic sense of humor, a healthy sign that life really isn’t all that dismal as the people around her seem to be hell-bent on proving otherwise.

The story is told in different voices that reflect all of the above and so much more, reading like sultry blues with occasional bursts of something approaching a wild, musical cornucopia.

Lavina… is a historical novel written in a unique style of reminiscences that brings alive the period of the 1960s to the 1990s. It’s got swagger, violence, languorous moments, and nostalgia to go with each phase of the historical and familial evolution.  Very nicely crafted, Mary Marcus!

Posted by Viviane Crystal at 2:46 PM No comments: