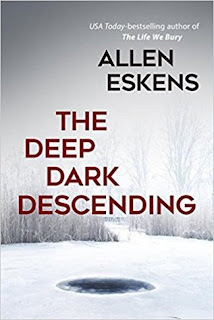 Max Rupert is a detective tormented by the death of his wife and child she was carrying.  After a certain amount of time passes, Max is not allowed to have anything to do with the investigation of his wife’s passing.  However, Max discovers that she didn’t die in an accident but was deliberately murdered!  It doesn’t take much to imagine his fury and resultant reaction!

Max has it on tape, a voice clearly indicating his wife was deliberately murdered.  Now he has to figure out who the Planner, the Henchman  and the Boss are!  The remainder of the story proceeds with Max figuring out the identity of the men responsible for Jenni’s death.  Somehow she discovered facts that could materially indict certain people over a crime involving Russian woman brought to America to serve as prostitutes.

This novel is harrowing as Max confronts the chief perpetrator and plans to kill him.  This is the essence of this story.  It raises questions of moral integrity.  When is it okay to wreak revenge on a killer?  Why should the law be the one to punish a murderer or murderers?  The laying out of these questions becomes clear when we see how Max begins to distance himself from everyone he knows, including a partner Niki, who cares for Max more than she should

The reader will be shocked by the end of this story and will certainly wonder what lies ahead in Max’s future.  This reader has the feeling that this will become clear in future novels.  For now, The Deep Dark Descending is nail-biting, tension-filled reading that lovers of crime thrillers, adventure tales and mysteries will thoroughly enjoy! Well done, Allen Eskens!

Posted by Viviane Crystal at 4:46 AM