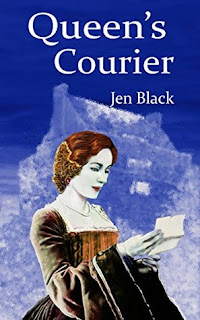 Margaret or Meg Douglas is a woman in love with Matthew, Earl of Lennox, but they are dependent on the approval of King Henry VIII as royalty may not marry without his permission.  Meg’s father has other plans but Meg is feisty enough to do what she must to thwart his ambitions and get what she wants.  For a time, she is extremely fearful as she holds a secret that could be her undoing forever.

King Henry is adamant that Scotland must be brought to heel before his troops leave to conduct war with France.  Marie or Mary of Guise, Queen Dowager of Scotland, is determined to carry out schemes so that her daughter Mary will eventually obtain and hold power over Scotland.  A great deal of this novel lies in the machinations of Henry and British lords to take away castles in Scotland and make promises for local rule that shift with every wind.  Still as all are greedy for power, they all connive to be in the right place at the right time, often promising loyalty to both sides at the same time.

Matho is a carrier of letters or spy who tries to stay out of trouble but always seems to anger the wrong people, including Marie of Guise.  He occasionally travels with other spies and must be wary as everyone’s services are for sale to the highest bidder.  For all of his experience, he plays the game but frequently blunders in speech, accidentally revealing news others should not know.  However, what he longs for most is his own great love, Phoebe, and their future together.  Instead he finds himself avoiding British and Scottish warriors who are more engaged in skirmishes to capture local territories in Scotland than conduct an all-out war.

The story culminates in a period of quiet when Scotland is relatively quiet, for now, and new adventures await all in France where a new battle is about to commence and new fortunes will be lost and made.

For one unfamiliar with the historical period covered in this novel, an over-abundance of characters can be difficult to connect to their rightful place and position; but the passionate, temperamental and determined essence of the characters makes up for that overabundance.  Jen Black does a fine job of depicting men and women avid to own their Scottish land and heritage as well as those who serve them. Obviously well-researched and nicely crafted, this is fine historical fiction.

Posted by Viviane Crystal at 11:01 AM