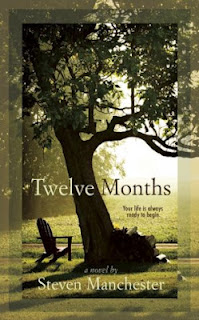 Don DiMarco considers himself happy with his life. loving his wife, daughter, son-in-law, and grandchildren.  Now he suddenly learns he is about to lose all because he has terminal cancer.  Heads up - most stories in this mode have a definable morbid mood present below the surface.  That mood is noticeably absent in this story about a brave man who begins how to love life and the relationships that have blessed it so far and continue to do so!

So Don, and his gracious wife assisting, begin a new life, planning and living Don's "bucket list."  First, he woos his wife again and romances her to a new wedding.  This is followed by traveling to places he always wanted to visit, things like car racing and other exciting adventures that the couple embraces and so much more that are the heart of this joyous story.

As the disease progresses, it doesn't slow Don and his wife down at all.  As well as doing pleasurable things, Don recognizes the need to forgive and acts on it in a scene that could go wrong just as much as it might turn out perfectly beautiful.

Most of all, he makes sure to speak truth to all he knows, leaving a legacy that is more about his realization of what really matters rather than just seeking to be egotistically remembered.

Twelve Months is a beautiful, heart-warming, and necessary read for all, especially those caught up in the monotonous schedule of work, food, TV (or other techno gadgets), et al.  Steven Manchester writes about life as it really is and really could be!  Terrific!
Posted by Viviane Crystal at 1:30 PM