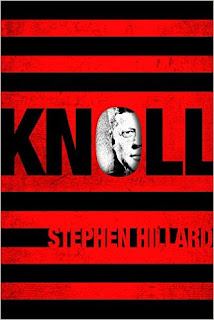 Conspiracy theories abound about who was responsible for the assassination of JFK in November 1963 but no definitive answer has ever been publicly acknowledged other than that of Oswald, the supposed assassin.  Stephen Hillard’s novel, however, asserts that the truth is known by many people.  The problem is that each one of these known witnesses or collaborators winds up meeting a deadly end in horrific accidents or by being murdered.

Now a House of Representative member from Texas vows to discover and expose the truth that will hopefully erase the stained reputation held forever in Dallas, Texas.  Columbus (“Bus”) McIntyre, a prosecutor now must change his plans of running for office when a scandal derails him from his dream.  Remarkably, he’s not that upset about the change in plans.  In fact, he is now about to change his focus dramatically.  One of the great moments of grief in his life concerns the murder of his father, a cop, in 1970. Now he is given a journal written by his father in which his Dad writes, “For what I did in Dallas, they will find me.”  From this moment on, the reader avidly reads every entry of that journal as Bus thinks about each entry and begins to assemble clues, acts that could just as well get him in trouble in which he would follow his father’s footsteps.

Woven into these steps of Bus’s discovery process are chapter in which we learn that NSA not only has all the facts about the assassination but has a woman design a program that combines facts and algorithms to know who is searching for the truth so that they can be eliminated.  It didn’t start out that way but is now a set program that brooks no interference.

Finally, something about the quashing of people associated with the JFK disaster concerns a Mafia leader, now dead for over twenty years, but whose legacy is still continuing the elimination process.  This then is the essence of the story and Bus’s investigative journey.

There’s quite a bit of steam that entices the reader but the ending is somewhat anticlimactic.   Still, it will get readers of a certain age thinking anew of their memories of this horrific event and hungry to understand precisely what is meant by Carlos Marcello’s dictum, “Omerta is forever.”
Posted by Viviane Crystal at 4:52 AM