The Second Sister by Marie Bostwick 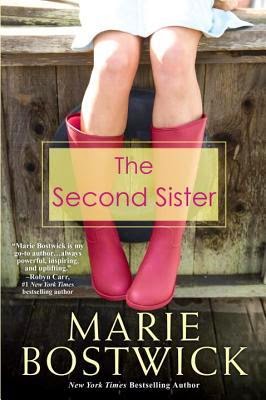 Lucy Toomey has been living the fast-paced, whirling life of a Washington insider as the campaign assistant of a Presidential candidate.  Working umpteen hours a day, her diet and her clothing style have suffered dramatically.  She has no life outside of this job. The only reminder that she once had such a life is in the middle of the night telephone calls from her sister, Alice.  Alice keeps Lucy up to date on the occurrences in her home town of Nilson’s Bay in Wisconsin but every topic is interrupted with Alice’s plea that Lucy return home for Christmas.  Lucy has few good memories of her time in that town but promises finally to come home for Christmas to her mentally challenged sister.  That promise happens but not in the way Lucy expects. For a day before the election, Lucy receives a call that her sister has been found dead from an overdose of drugs.

It’s Lucy’s boss, soon to be President-elect, who insists that Lucy return to Wisconsin for the funeral and for at least a month after that.  Lucy had insisted the same for him after a family loss and now he demands she do the same, not only to mourn but to think about what is really important in life before she returns to work for him after he is sworn in as President of the United States.  Return Lucy does and at first has trouble dealing with her mourning and all the friends of Alice who treat her like the person who abandoned her sister.

The day of the funeral Lucy discovers her sister had earlier planned and written a very carefully plotted will that means Lucy must remain in Wisconsin for a time or lose the inheritance of the cottage where Alice lived, a place left to her by their parents.  This then is the story of how Lucy begins to remember the better times in her past and focuses on the things that truly give lasting pleasure and meaning to life.

It’s a lovely engaging story that never lags with fascinating people and places in this small Wisconsin town.  Romance may lie ahead for persons and other activities that Lucy never believed she could come to hold dear, but she gets the chance to see things a different way.  That makes all the difference in the world, in Lucy’s world, a world she comes to share and see as Alice did!
Very nicely crafted, Ms. Bostwick!

Posted by Viviane Crystal at 2:58 AM